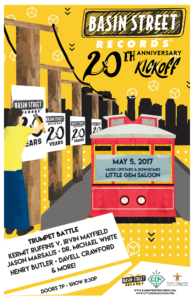 We are kicking off our 20th Anniversary at the beautifully renovated and musically historic Little Gem Saloon on Friday, May 5, 2017 during the New Orleans Jazz and Heritage Festival! Doors at 7p. Show at 8:30p. Music non-stop upstairs and downstairs. Get your tickets right now HERE (you know it will sell out).

Davell Crawford & One Foot In The Blues (11:30p upstairs)

CHECK THIS OUT! THAT NIGHT YOU CAN FIND THE LIVE STREAM OF THE FESTIVITIES AND THE SHOW RIGHT HERE OR AT www.Facebook.com/BasinStreetRecords

Go like the page now so you’re more likely to get reminders of that live event and others we may broadcast.

Jazzfest and French Quarter Fest have both made their lineup announcements!

Our artists at French Quarter Fest:

Our artists at Jazzfest:

Carnival season is upon us. Mardi Gras Day is February 28. Got your music?

You need Nothing But A Party: Basin Street Records’ New Orleans Mardi Gras Collection. It’s 13 tunes from 7 of our artists. Four of them are Grammy nominees. Three are Grammy winners. Available everywhere cool music is sold.

Buy it on CD or by download from us

Our Artists Curated This Holiday Playlist for YOU! 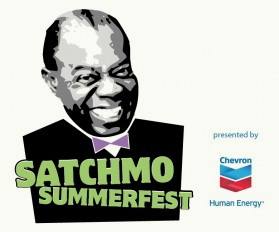 The Satchmo SummerFest is this weekend in New Orleans and the Festival is honoring Basin Street Records with a “Spirit of Satch” award!

This is a great honor. There are few people that have graced our planet whose love has brought millions of people together. Louis Armstrong is one of them.  We work each day to help our artists follow in his footsteps.

Catch Jeremy Davenport and Bill Summers at the festival this weekend.

Our Best Offer Ever Returns (for a limited time)

Pick 6 or more CDs from our catalog with a total price of $90 or more and receive 33.3% off your order!  That’s just $10 per CD!  As always, if you buy 2 CDs or more, you’ll receive our free festival sampler CD and free US shipping.  Shop here > www.BasinStreetRecords.com/shop 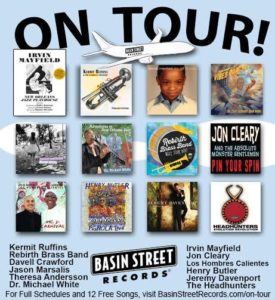