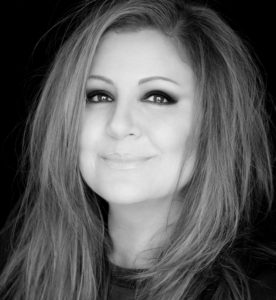 With five albums to her credit, award-winning singer, artist and author Lena Prima is the youngest daughter of the legendary Louis Prima and his singing sidekick, (and fifth wife) Gia Maione.

Lena was born in Las Vegas, but spent much of her childhood in New Orleans, where she resides today. She began her musical career at the age of four, appearing on stage with her parents, but continued to study and perform in high school and college.

Her more than 30 year musical career has included more than 3,000 appearances around the world. In New Orleans she can be found regularly performing at the Hotel Monteleone in the French Quarter.

A passionate advocate for the Italian American Community, Lena has received numerous awards for her work on behalf of her Italian heritage.

Lena has founded the non-profit organization, CIAO Women! The organization celebrates exceptional female Italians who make a positive difference in their communities.

When Lena is not on stage, she can often be found in her art studio, creating one-of-a-kind jewelry pieces. Her designs and her recently published jewelry how-to book, Wanderlust, are available at www.lenaprimajewelry.com.

In October of 2018, Lena Prima signed with Basin Street Records to release Prima La Famiglia, a collection of classic songs from the Italian-American songbook with new orchestrations and arrangements.

More information on Lena can be found on her website www.lenaprima.com.