Cristian de la Fuente and Dancing with the Stars 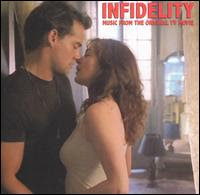 Cristian de la Fuente is a contestant on the new season of Dancing with the Stars on ABC TV. Cristian was also the leader of Los Hombres Calientes in the Lifetime TV movie Infidelity which also starred Kim Delaney (NYPD Blue) and Kyle Secor (Homicide). Basin Street Records released the soundtrack of Infidelity in 2004. The movie included performances by Henry Butler, Los Hombres Calientes, and Theresa Andersson, and the soundtrack also included tracks from Dr. Michael White, Jon Cleary, Kermit Ruffins and Irvin Mayfield. All Music Guide said about the soundtrack, “There ought to be a law that from now on, the Basin Street label will be responsible for providing the soundtrack music to all movies filmed in New Orleans.” The CD and 18×24 posters are available at www.basinstreetrecords.com.