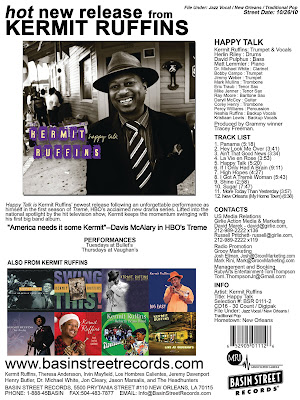 As Davis McAlary says in HBO’s Treme, “America [and the rest of the world] needs it some Kermit”.