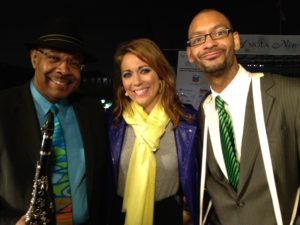 Jason Marsalis received the National Endowment for the Arts’ Jazz Master award with his musical father Ellis, and brothers Branford, Wynton and Delfeayo.

Both Jason and Michael were named to Downbeat Magazine’s recent Critics’ and Readers’ polls!

HERE IS A LINK TO THE VIDEO ON CNN!